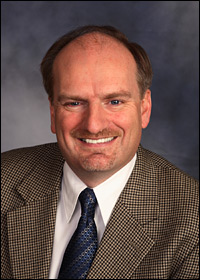 Svein Jorgensen is CEO of Praxis Housing Initiatives, one of New York City’s largest providers of transitional housing to formerly homeless people, including those living with the most formidable barriers: HIV/AIDS, substance use disorder and/or serious mental health challenges—as well as individuals and families with children for whom the barrier to sustainable housing has been poverty, compounded by the lack of affordable housing.
Having joined this non-profit organization in 1996, Svein oversees a staff of 145 and manages an annual budget of $21.4 million. He has responsibility for all of Praxis’ Initiatives, Inc. including its development from the ground up of a growing portfolio of apartment buildings that increase the organization’s capacity to house individuals and families. Jorgensen supervises site managers and oversees facilities’ compliance with regulations by the New York City Department of Buildings, the Department of Housing Preservation and Development, the Fire Department and the Department of Environmental Control.
Previously he managed the Martha Washington Hotel, a 451 room hotel in midtown Manhattan where he had responsibility for operations, overseeing a staff of 34 and a budget of $3 million.
A graduate of Farranferris Seminary, Jorgensen was born in Norway and raised in Ireland. He immigrated to the US in 1986. He was recognized by Irish/America magazine as one of its 100 Irish Americans for 2008. An avid soccer fan, he lives in Queens with his wife and daughter. 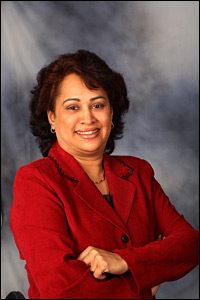 Vashti Rampatsingh was born in Trinidad, joined Praxis in 2004 as the Controller and was later promoted to Chief Financial Officer. Vashti’s diverse background includes financial, administrative, human resources experience with Corporate and Not-for-profits as well as directing and enhancing sophisticated systems and programs. During her time at East Coast Oversees,  she established accounting procedures, cash management prepared annual budgets and financial statements, and controlled cost for all departments. Vashti then joined Human Rights First as Controller where she managed and implemented new accounting and payroll Ceridian systems, instrumental in all Human Resources functions, salary increases and benefits. She operated two sets of Financial for over 20 different programs, allocated expenses and income across all. Since joining Praxis, Vashti has worked diligently to improve the transparency in both Finance, Administration, and human resources assisting with Strategic and event planning, identifying and instituting ways to control cost, believing in fairness and consistency for all. At Praxis they called Vashti “The Task Master”. 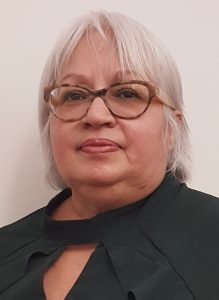 Maritza Arce was born in the island of Puerto Rico.  Maritza came to New York City in 1966 and was raised in lower Manhattan.   Maritza joined Praxis Housing Initiatives in 2016 as their Human Resource Manager.  Maritza comes with over 30 years’ experience in Human Resources field.  Maritza worked with Shearson Lehman an American Express Company as the Human Resource Generalist for 9 years.  Left American Express in 1983 and joined PINS a small Technology Company as their Human Resource and office Manager, she worked with the company for 22 years.   PINS the Technology Company was sold to Magna5 in Seattle and closed the operations in New York City.   Maritza enjoys bowling, and playing the billiards with her brothers. 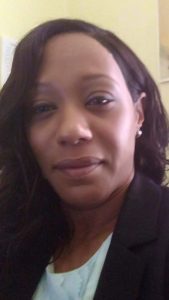 Jasmin Echevarria was born and raised in New York City She holds a Bachelor’s of Science in Human Services and Master in Public Administration which she obtained from the Metropolitan College of New York.
Ms. Echevarria has over 18 years of experience in direct Humans Services. She worked as a COBRA case manager where she provided intensive case management for HIV+ clients and their family’s/support systems through individual or group counseling and advocated endlessly for clients to obtain the full range of needed services.
Ms. Echevarria provided consultation services as a Senior Clinical Case Manager and worked as part of an interdisciplinary team where she assisted individuals and their children in developing and maintaining viable living, working and social services in the community by obtaining needed medical, mental health, educational, financial, and vocational services. She began conducting group counseling for Chemically Addicted Mentally Ill /Mentally Ill Chemically Addicted patients.
She joined the Praxis family in 2006 as the Site Director at the Lincoln Hotel where she restructured and re-implemented the first Vocational Educational program at Praxis. Within her first 8 months she turned the Lincoln Hotel environment around and was the first Site Director in the agency to receive a .000 deficiency rating from the HASA inspectors. During her tenure at Praxis she received favorable inspections and audit reviews while running the St. Nicholas and Riverside. She continues to provide the HIV Homeless population with an array of social and care coordinated services.